Known as the island's Sunrise Side, San Nicolaas was once a bustling company town, when Lago Oil and Transport Company opened its oil refinery in 1924 until 1985 when Exxon Corporation closed it and began to dismantle the facility as well as the Colony. In 1991 Coastal Corporation reopened the oil refinery until 1995. It was then sold to Valero in 2004, and it was open for a number of years, and closed in 2009. In December 2010, Valero announced plans to reopen the refinery.

According to oral tradition, San Nicolaas was named after a Mr. Nicolaas van der Biest (1808–1873), who owned a big piece of the land there. Landowners were then addressed by their subordinates by their first names preceded by 'Shon' meaning 'master'. So he was called 'Shon Nicolas', as was the area. It is thought that the change from Shon Nicolas to San Nicolaas was due to the influence of Spanish. (Source is Dr. J Hartog, Aruba's historian and Aruba Tourism Authority.)

Close to San Nicolaas, a Dutch marine camp is off Commanders Bay near the fishing village of Savaneta.

A section of San Nicolaas' main street has been converted to a picturesque promenade with shops containing souvenirs, crafts and local snacks. In nearby Seroe Colorado, there is a small natural bridge, not to be confused with the bridge at Andicuri. To view the bridge follow the road to its terminus, then hike approximately 200 feet (61 m) down old lava and coral formations. 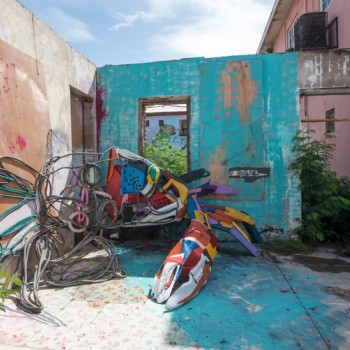 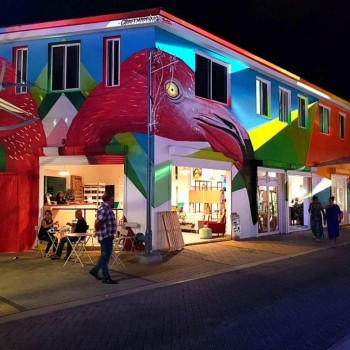 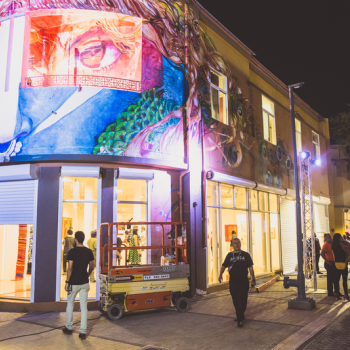